The Swedish warship Mars Makalos sunk in the battle in 1564.The “Mars” wreck was found in summer 2011 by the group of the Swedish divers directed by Richard Lundgren who was leading the searches at the bottom of the Baltic Sea.  “Mars” lies at a depth of 75 meters at a distance of 10 nm north of the Öland island in Sweden. 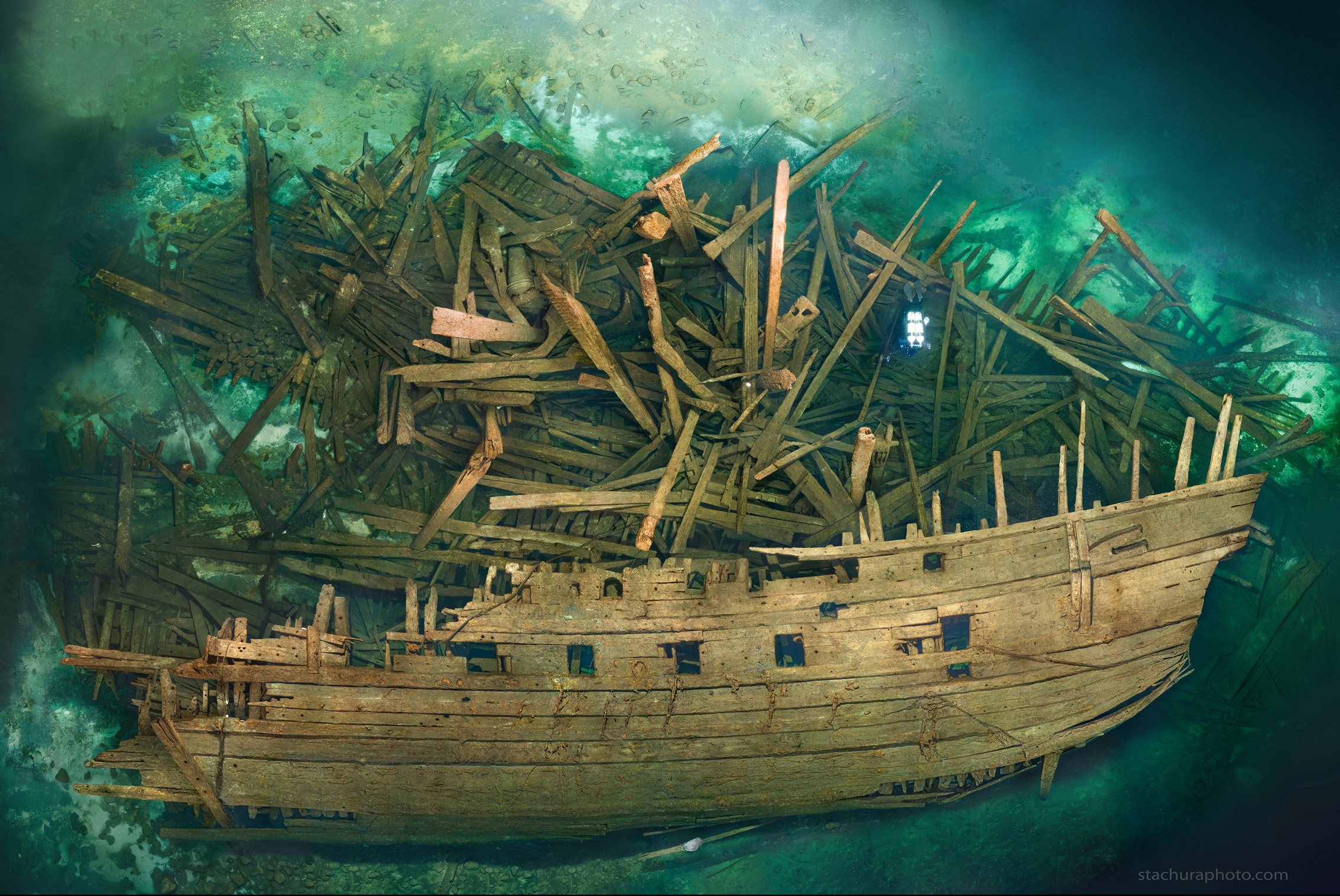 The wreck was identified thanks to the Vasa coat of arms rediscovered on one of the cannons.From 2012, multiple studies were conducted in order to examinate/inspect the wreck and the treasure found on it.The project involves many private and state institutions. Find more at: //www.oceandiscovery.org/?q=mars

To create the mosaic I had to photo map 1200 photos and had to to go 10 times under water. (Wreck lies 72 meters deep ) Waters clearance was various and had between 6 to 8 meters. While assembling the photos, some of them has been rejected. Finally to make the mosaic together with R. Stempczyński from SANTI we used 600 photos. This task has been done manually and took around 300 work hours.